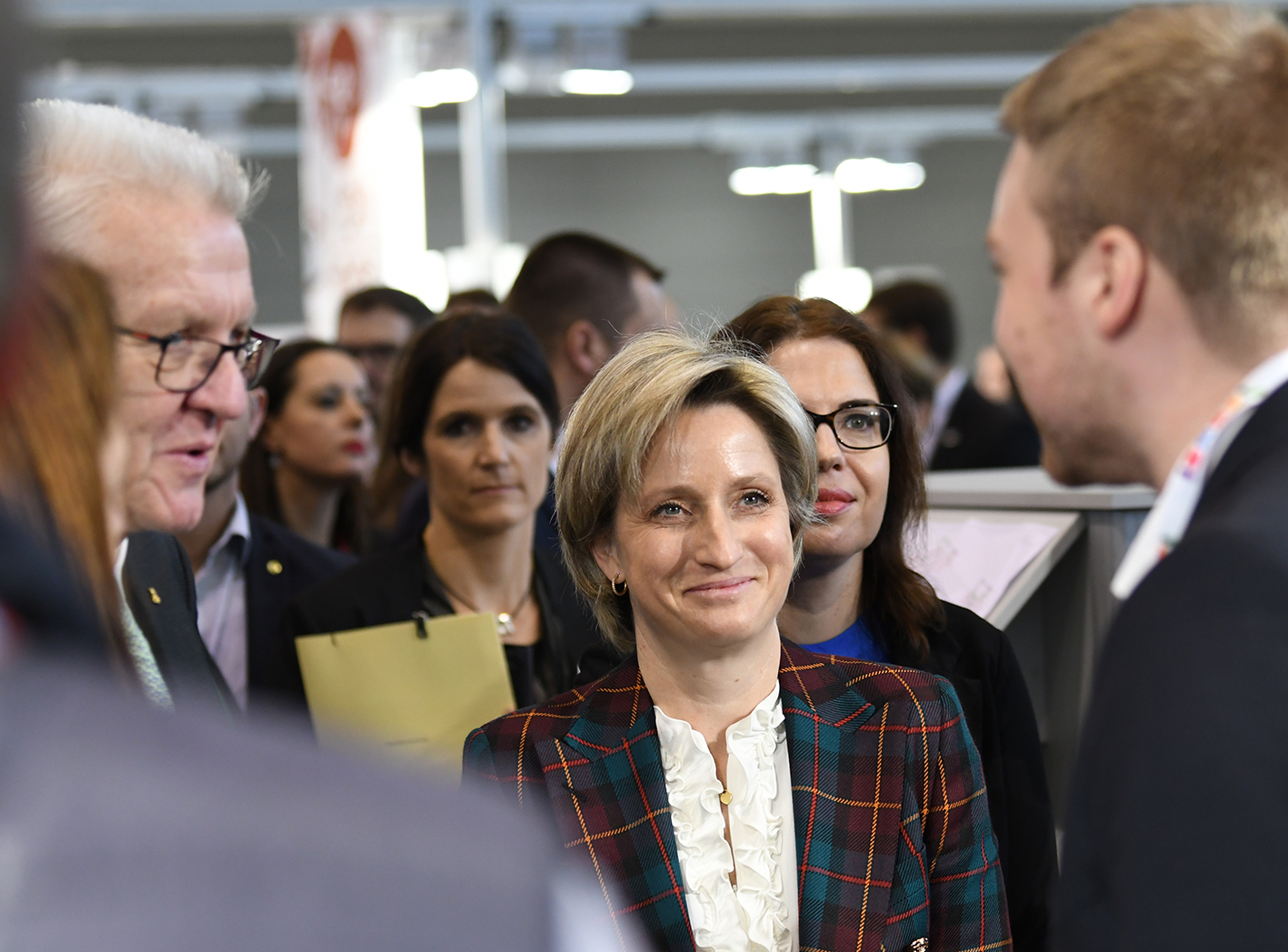 Prime Minister Kretschmann: "We are aiming at leading the field in the central tech topic of artificial intelligence"

Minister Dr. Hoffmeister-Kraut: "We will further increase Baden-Württemberg’s attractiveness as a start-up location".

"The decisive factor is not where you come from, but where you want to go to: the state government is doing everything it can to make Baden-Württemberg one of the most vibrant start-up regions in Europe. We want to create the conditions for our start-ups that founders really need," said Prime Minister Winfried Kretschmann today, 1 February 2019, at the Stuttgart Trade Fair Center as part of the Start-up BW Summit. "At the same time, we want to tie in with the innovation culture of the Gründerzeit, the time of Daimler, Bosch and Benz.”

Dr. Hoffmeister-Kraut announced that she would establish the Start-up BW Summit as the central event in the state's start-up scene. "Success has given us wings, so we are already planning the next Start-up Summit in July 2020."

To the original press release.